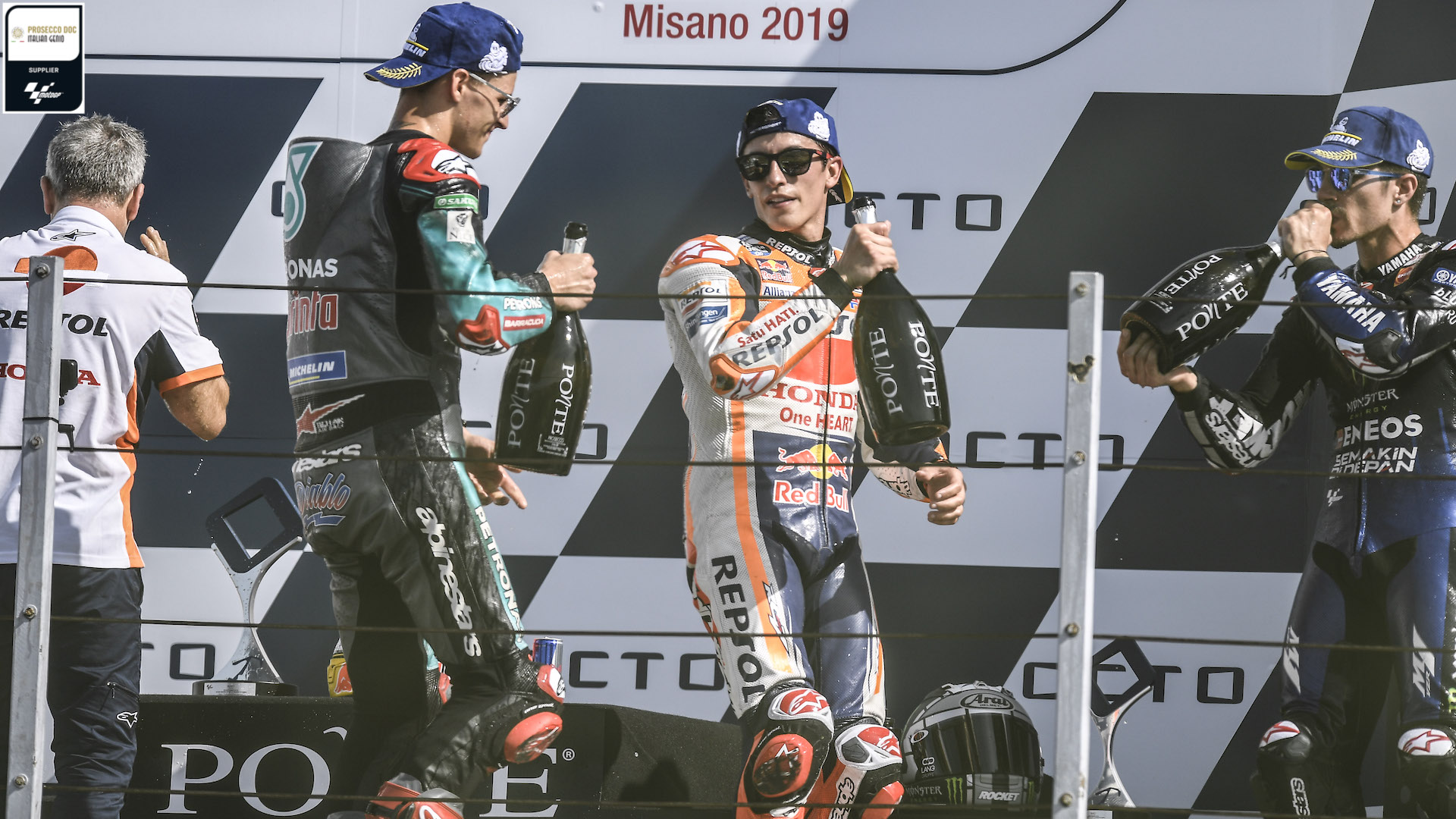 Triumph for PONTE in Misano

Marc Márquez got the win at the recent MotoGP™ Grand Prix of San Marino and the Riviera of Rimini, edging out Fabio Quartararo, Maverick Viñales and the irrepressible Valentino Rossi – the firm fans’ favourite.

Yet the real star at Misano was Ponte’s Prosecco DOC Treviso, which the riders used to toast their podium finishes in all three categories – MotoGP™, Moto2 and Moto3 – throughout the weekend. It was also on offer for the general public at all refreshment points, including the VIP Village and the prestigious paddock hospitality areas.

One of the highlights of the weekend was Tatsuki Suzuki’s thrilling win in the Moto3 event. The Japanese – who now lives in Riccione – was riding for Paolo Simoncelli’s team, on the circuit named in honour of the late Marco Simoncelli.

“It was a bold, ambitious debut at a very high-profile event that we’ve not previously had any exposure to,” said Viticoltori Ponte general director Luigi Vanzella. “We had great belief in the idea from the get-go and I have to say that the huge amount of positive feedback we’ve had has proved us right. It was the perfect partnership – the combination of gorgeous Italian bubbles and the roar of the engines made for a thrilling, unique spectacle.”

The MotoGP™ collaboration is the latest milestone in the Viticoltori Ponte development strategy, with the company having invested significant resources into reorganising its product range, revitalising its image and amplifying its international promotion activities over the last few years.